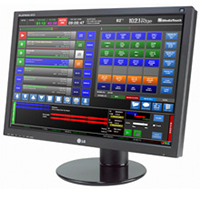 win-OMT is an automation solution provider to the media and broadcast industry. Our products touch millions of listeners world-wide every day through radio, satellite, cable and internet broadcasts.

Two of our many products include:

win-OMT takes pride in our commitment to innovation and outstanding customer service. win-OMT has been recognized for our innovative products and technology by RadioWorld's "Cool Stuff" Award at the National Association of Broadcasters convention, as well as through the strong ongoing loyalty of our many clients across North America and Internationally.

win-OMT's successes are due, in part, to having a keen understanding of multi-media technology and emerging trends in the industry.

Ultimately our success has been based on understanding our client's requirements and proposing solutions that meet and exceed their expectations.

win-OMT Software - Committed to Product Innovation and Support for over 30 years!

win-OMT has achieved many industry firsts since introducing the first automation system in 1984, earning a solid reputation as an innovative leader. Below are just some of our impressive achievements: